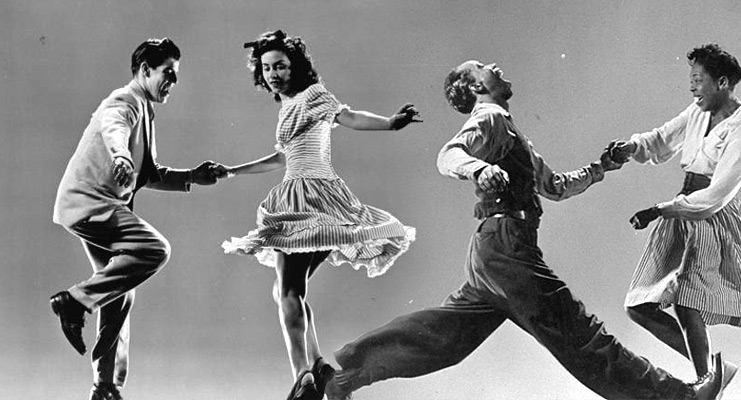 Lindy Hop is a lively African-American dance that originated in the early 20th century. It is characterized by its swinging, syncopated rhythms, and acrobatic aerial moves. It was created by African American dancers in Harlem, New York City, and quickly gained popularity among young people in the Black community.

The Lindy Hop was first popularized in the Savoy Ballroom of New York City. Here it quickly became the dance of choice for young African Americans. By the 1930s, Lindy Hop had spread to mainstream America and was being danced by people of all races and backgrounds.

The dance became especially popular in the 1940s, thanks to its inclusion in Hollywood films such as Hellzapoppin’ (1941).

The Basics of the Lindy Hop

The Lindy Hop is a partner dance typically danced to Jazz music from the 1920s and 1930s. It is characterized by its quick feet and energetic movements. The basic steps of the Lindy Hop are simple and can be easily learned by anyone with a basic knowledge of Rhythm dancing.

The History of the Lindy Hop

African American dancers created the Lindy Hop in Harlem, New York, in the 1920s and 1930s. The dance gets its name from Charles Lindbergh. He was the pilot who made the first solo non-stop flight across the Atlantic Ocean in 1927.

This was a major achievement at the time, and Lindbergh quickly became a household name. Since the Lindy Hop was created around the same time as Lindbergh’s flight, many people called it the “Lindy Hop.”

The Lindy Hop peaked in the 1940s when it was featured prominently in Hollywood films and often performed in nightclubs and on stage. One of the most famous Lindy Hoppers of this era was Frankie Manning. He appeared in several films, including Hellzapoppin’ (1941) and Swing Kids (1993). Manning also choreographed several iconic routines, such as the “air step” and the “suicide.”

The Savoy Ballroom was a popular destination for dance enthusiasts of all kinds. It was the final stop on an ascending network of clubs and social events in New York and beyond.

After a decline in the 1950s, Lindy Hop experienced a resurgence in the 1980s and 1990s. This was largely thanks to a new generation of dancers inspired by the original pioneers’ style. Today, Lindy Hop is enjoying a resurgence in popularity due to its appearance in La La Land movie (2016).

The Lindy Hop is a fun and energetic partner dance that originated in Harlem, New York, in the 1920s. It is characterized by its quick feet and lively movements. The Lindy Hop can be danced solo or with a partner, making it a great choice for both beginners and experienced dancers. Looking for a fun way to exercise or learn a new dance style? Consider giving the Lindy Hop a try.