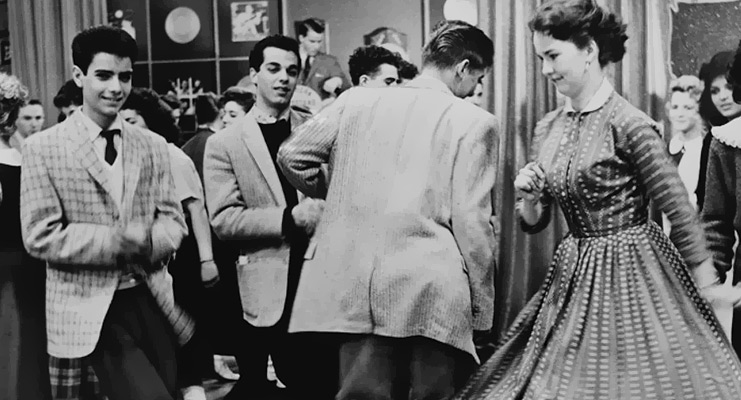 In the 1950s, American Bandstand was the go-to show for teens across America who loved to dance. Every afternoon after school, kids would tune in to watch their favorite celebrities and everyday people bust a move to the latest hits. For many, American Bandstand was more than just a TV show; it was an experience that brought people together and helped shape an entire generation.

The legacy of American Bandstand lives on today, with shows such as “Dancing with the Stars” and “So You Think You Can Dance?” taking its spot as popular primetime viewing. Let’s take a trip down memory lane and explore what made American Bandstand special.

The Host with the Most

No discussion of American Bandstand would be complete without mentioning its iconic host, Dick Clark. Dick Clark was the perfect combination of charming and professional. His laid-back demeanor put everyone at ease – even if they were being broadcast on live TV. His easy-going nature made him the perfect person to host a show about having fun and letting loose.

Clark started hosting American Bandstand in 1956 when he was just 27 years old. He continued to host the show for over 30 years, even after it moved from Philadelphia to Los Angeles in 1964. In 1989, Clark suffered a stroke that temporarily paralyzed his left hand and forced him to give up hosting duties. However, he soon recovered and enjoyed a long and successful career in television and radio.

The Stars of American Bandstand

While Dick Clark was undoubtedly the star of American Bandstand, the show would not have been nearly as successful without its talented lineup of musical guests. Some of the biggest names in music appeared on American Bandstand over the years. Famous guests include Elvis Presley, Frank Sinatra, Michael Jackson, and Madonna.

In addition to musical guests, American Bandstand also featured appearances by some of Hollywood’s biggest stars. Actors like James Dean and Marlon Brando made appearances on the show early in their careers. Meanwhile established stars like Doris Day and Bob Hope also stopped by from time to time. No matter who was appearing on the show, viewers tuned in week after week for their chance to see their favorite celebrities dancing along with everyday teenagers.

One of the things that made American Bandstand so special was its ability to start new dance crazes that swept the nation. Some of these dance crazes were short-lived, while others have managed to stand the test of time.

Some of the most popular dances that originated on American Bandstand include:

It’s easy to see why American Bandstand was such a big deal in its day. Between its charismatic host, star-studded lineup of guests, and ability to start national dance crazes, there was nothing like it on TV. It’s no wonder that this beloved program has held a place in our hearts for over 60 years.